"The trouble with eating Italian food is that five or six days later you're hungry again." George Miller

I usually try to post before the weekend, as I know that's when readers tend to look at this blog, but I had to wait until today to write about my friends' golden wedding anniversary. I think they're the only couple I know of my generation who've been married for fifty years. Of course they did start young, they were both just 20, but it's an impressive achievement all the same. To celebrate, they invited twelve friends to a long Italian lunch at La Bella Italia in Petone. 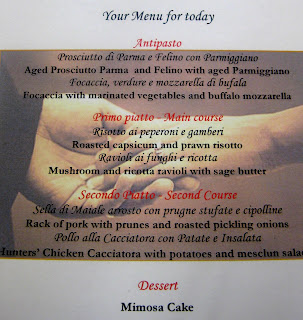 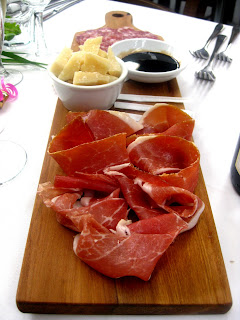 The antipasti were a meal in themselves.
Parma prosciutto, felino,
aged parmesan.
Buffalo mozzarella
with foccacia bread,
courgettes and peppers. 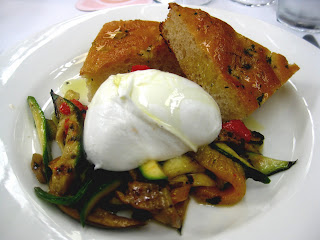 Then came the prima piatti, risotto and ravioli, followed by pork with prunes, hunter's chicken and salad. 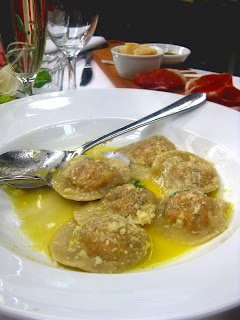 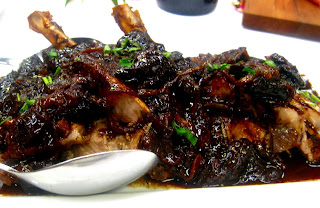 I made a complete glutton of myself, but so did everyone else - and we did all take a long time, that was the whole point.﻿ 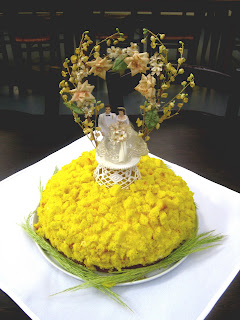 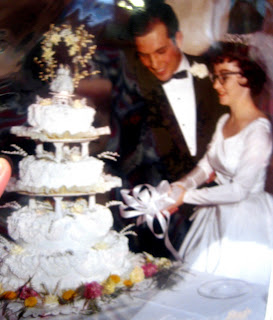 The crowning glory was the mimosa cake, covered in pretty yellow bobbles of sponge that looked exactly like mimosa. And on top was the bride and groom from their original wedding cake. 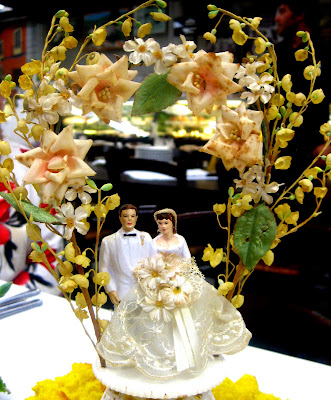