We used to have a running joke about the lady of the manor descending on the poor with a basket of nourishing scraps. Much of the election hype has felt like that to me - leftover scraps for the poor graciously offered from the groaning tables of the rich, with gratitude expected in return.
Tomorrow night I'll be having a few like-minded friends round, all of then guaranteed to be glued to the election results as I will be, and Harvey always was. I'll give them a hearty soup, I think, then nourishing scraps of cheese and fruit to nibble on - something like this: 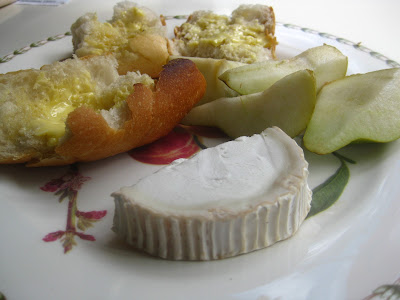 Later on we might have a repeat of this very good strawberry and mango combo. Or/and the hokey-pokey ice﻿-cream left over in my freezer from feeding Emily and Rachel, the two gorgeous young Englishwomen who stayed here last week... 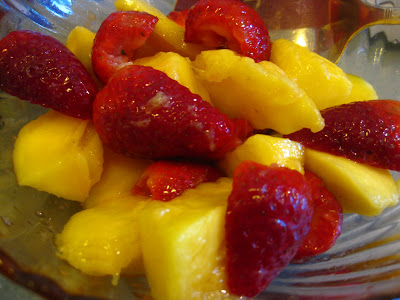 A few chocolatey bits from my hidden stores (hidden from me, not from visitors) could be a good idea too - just to keep us going through what's bound to be a gruelling night.
Posted by AnneE at 10:55 PM No comments:

This week I wanted a light dinner. I'd found some good smoked fish, and often I make kedgeree, but this time I thought I'd create a risotto with it instead, because there was some very good fish stock in the freezer.

The recipe was much the same as for the ham and cheese risotto I made last January, not long after Harvey died. I poached the smoked fish gently in the stock before I started the risotto. Then I took out the fish, removed the skin, and flaked it, checking carefully for any stray bones.
I fried a little chopped bacon first, then added shallots instead of onions, and of course used the fish stock instead of chicken stock. No herbs - finely chopped parsley can go on when it's served - and of course no ham or cheese. When the risotto rice was almost ready, I added the small pieces of fish, pepper, and lemon juice. It was delicious, a good change from kedgeree. Serve it with extra lemon wedges and a  green or tomato salad. 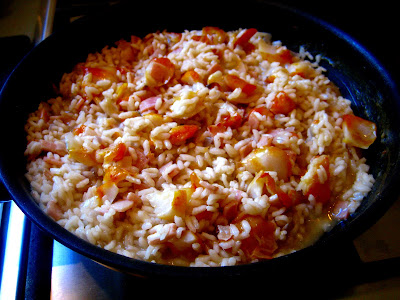 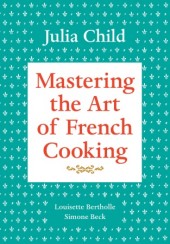 The other bit of culinary ﻿excitement this week was the arrival of a parcel from Amazon. I buy very few books online, because I want to keep good local booksellers in business, but I found a hardback 50th anniversary edition of Mastering the Art of French Cooking (Vol.1 - I don't think I've ever used Vol.2) for a very low price. I'm tired of struggling to read my ancient, falling-apart Penguin copy, so I ordered it, and it's gorgeous.
I also got a very cheap hardback of Judith Jones' memoir The Tenth Muse: My Life in Food. She was the Knopf editor who published Julia Child. It's not as good as Julia's own memoir, My Life in France, but well worth reading all the same. For me, food and books are inseparable. They've just put Mastering the Art out as an e-book, but I'd rather have the real thing. 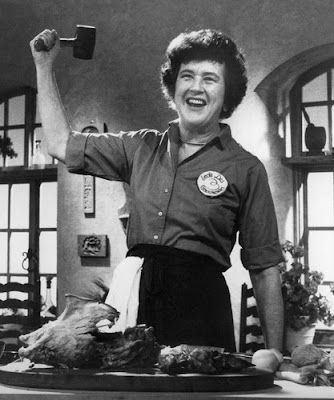 Getting it exactly right

So last night I went to Logan Brown for their bistro dinner ( we paid for that part ourselves, but it's a steal at $39.50 each), before going to the ballet on the tickets I'd won in their competition. Here's the menu.

Between us, Jenn and I covered every possible choice, and of course gave each other tastes of everything, while sipping our complimentary glasses of champagne. If this sounds ridiculously nice, believe me, it was. I had the puy lentil cake, the gurnard and the orange blossom delicious, Jenn had the alternatives. I forgot to get a photo of the entrees before we started to eat them, but here are our two mains and two desserts. 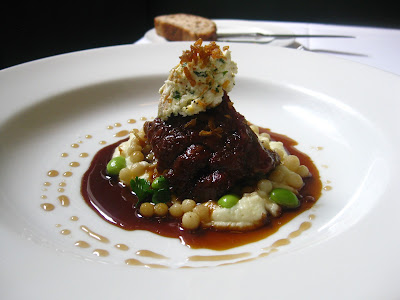 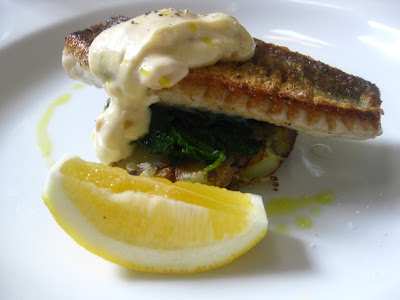 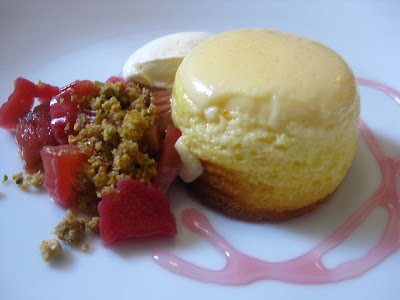 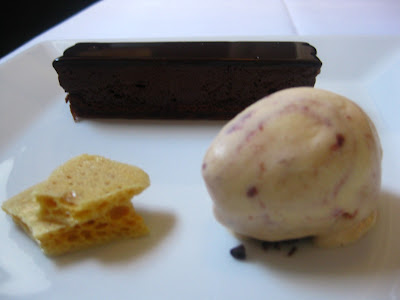 That last photo doesn't capture the beautiful shine and sumptuousness of the chocolate.﻿ I could rave on about how it all tasted, but I won't, you'll just have to imagine it. It's enough to say that one of the things I like most about Logan Brown is that everything tastes of itself, but the very best of itself, exactly as it should.
So then they ordered a taxi to the ballet for us (we finished at 7 and the curtain rose at 7.30), and when we got out and tried to pay, we found it had already been paid for.
The ballet itself was perfect, the only flaw was that Harvey couldn't see it. Sleeping Beauty is a hoary fairy tale, but they managed to make it both utterly romantic, like scenes out of an old picture book, and yet at the same time fresh and amusing and not taking itself too seriously. Right at the end, the happy couple kiss on the staircase, and immediately after that the two charming cats-in-charge (who have been sparring all night) also kiss, just before the curtain falls. Brilliant.
Posted by AnneE at 9:01 PM 3 comments: