Here's one I prepared earlier...

Almost famous! Well, for a few days anyway. I talked to Kathryn Ryan about The Colour of Food last week, and you can listen to it here - with recipes, including one from Albania. 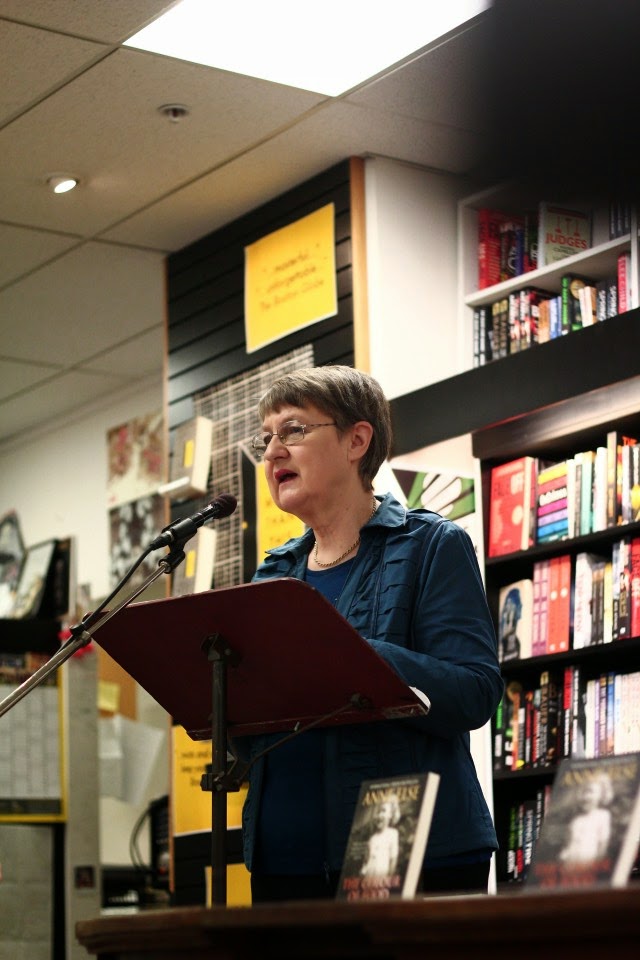 Then on Thursday we had a launch for the print edition at Unity Books. For the first time in my life, I had a queue for book signing.

This coming Wednesday morning I'll be cooking and talking about my book (at the same time!!) on TVOne's Good Morning, at 9 am.

I've been told I have precisely seven minutes, which of course isn't enough time to finish cooking hardly anything. So at the end I'll get to do something I've always wanted to do - whip out the completed dish and say, "Here's one I prepared earlier!"

Email ThisBlogThis!Share to TwitterShare to FacebookShare to Pinterest
Labels: MY MEMOIR, The Colour of Food

Comfort in a bowl of soup

In August my son came for three weeks, on holiday from his teaching job in China. We roamed around Wellington hunting down the best cakes and coffee - in China he can find reasonably acceptable cake, but only in limited varieties, good coffee is extremely hard to come by, and almost never can he get the two together in one place.  And the winners are:
Best Muffin: blueberry and lemon muffin at Karaka Cafe on the waterfront lagoon
Best Lemon Tart:  tarte au citron at Bordeaux.
Best Chocolate Tart: Veronique's tart at Le Marche Francais.
Best Chocolate Cake (well, almost fudge): chocolate nemesis at the Aro Street Cafe.
Runner-up: gluten-free chocolate and orange fondant at Floriditas.
Best Other Kind of Cake We Came Across: tiramisu cake at California Garden Centre cafe in Miramar. (I should have photographed the cut slice to show the wondrous layers.) 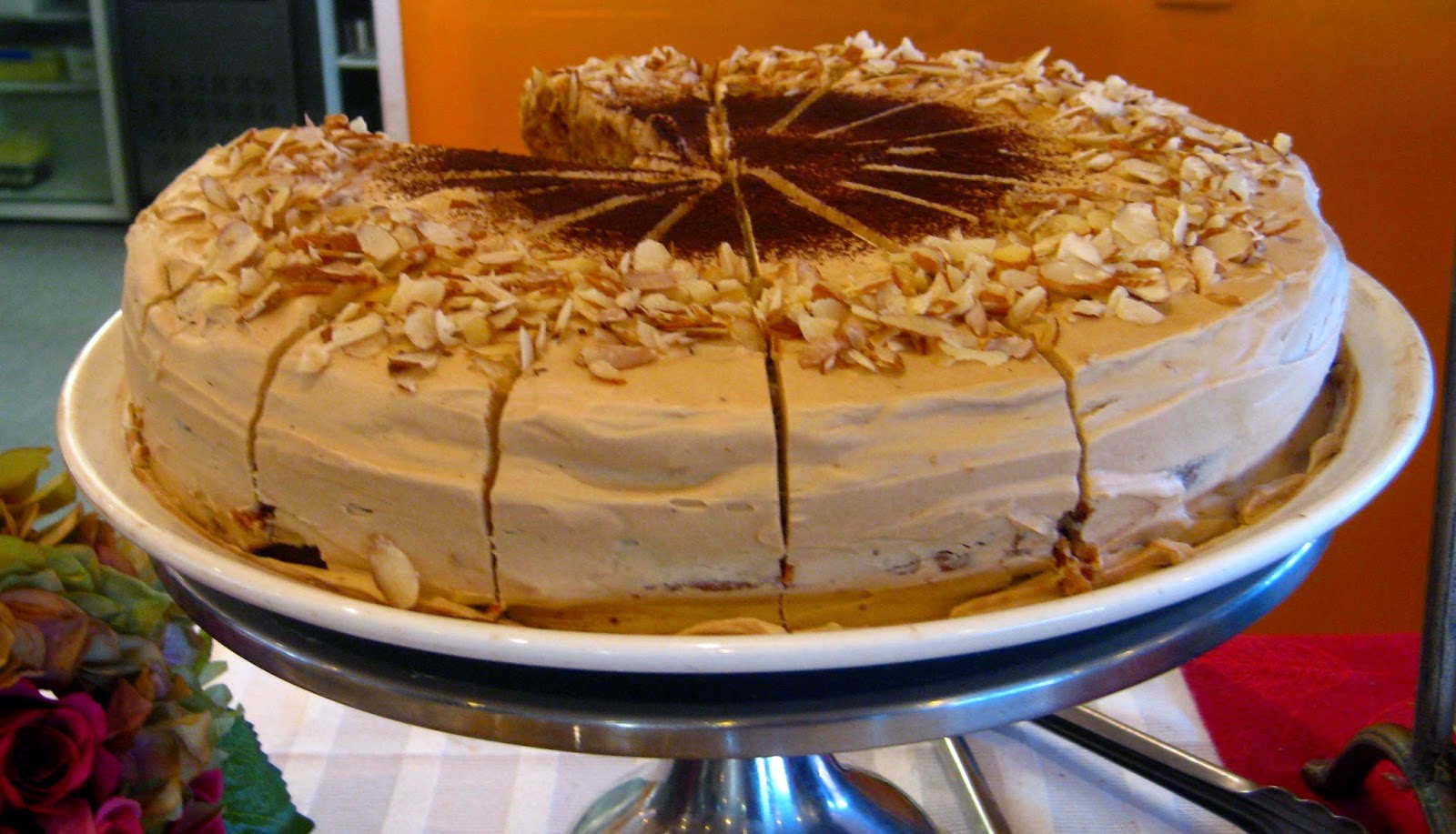 When he left, I missed him terribly, and had to quickly set about providing myself with some kind of comfort food that wasn't yet more cake. The answer seemed to be pea and ham soup. Harvey loved it and used to make it quite often, but I don't think I've made it since he died.
I had a nice little bacon hock in the freezer, so I fished it out and went in search of split peas. I wanted the yellow ones, but couldn't find them in any supermarket. I finally tracked them down at Moore Wilson, a couple of dollars for 500g, so not expensive at all - just another one of those old-fashioned staples that has vanished from most grocery shelves.

The recipe I used is from my original New Zealand soup bible, Digby Law's Soup Cookbook. The only new thing I did was cook it in the slow cooker. You need to add enough water to cover the contents by about 1cm, and check it after a couple of hours to see if it needs more water - those peas absorb a lot of liquid. Otherwise, this couldn't be simpler or easier to make, and it's the most comforting comfort food you could wish for.

Heat the slow cooker on high while you chop the onion and pick the herbs. (If you haven't got one, cook it in a very large pot over a simmer mat on the lowest heat possible after bringing the water to the boil..)
Put everything into the slow cooker and add enough water to come 1cm above the ingredients.
Cook on high for 2 hours. Check level of liquid and add more water if necessary.
Cook on high for another 2 hours or until peas are mushy. (Depending on your slow cooker, you may need to reduce the heat to low for part of this second stage.)
Remove bay leaves. Remove bacon bone/s and set aside. Let soup cool and check seasoning.
If you have a soup wand, use it to puree the peas and liquid, or just mash them up as much as you can. Remove meat from bacon bones, discard fat, shred bacon into small pieces and return to soup.
Heat the quantity you require and keep the rest in the fridge or freezer for later. 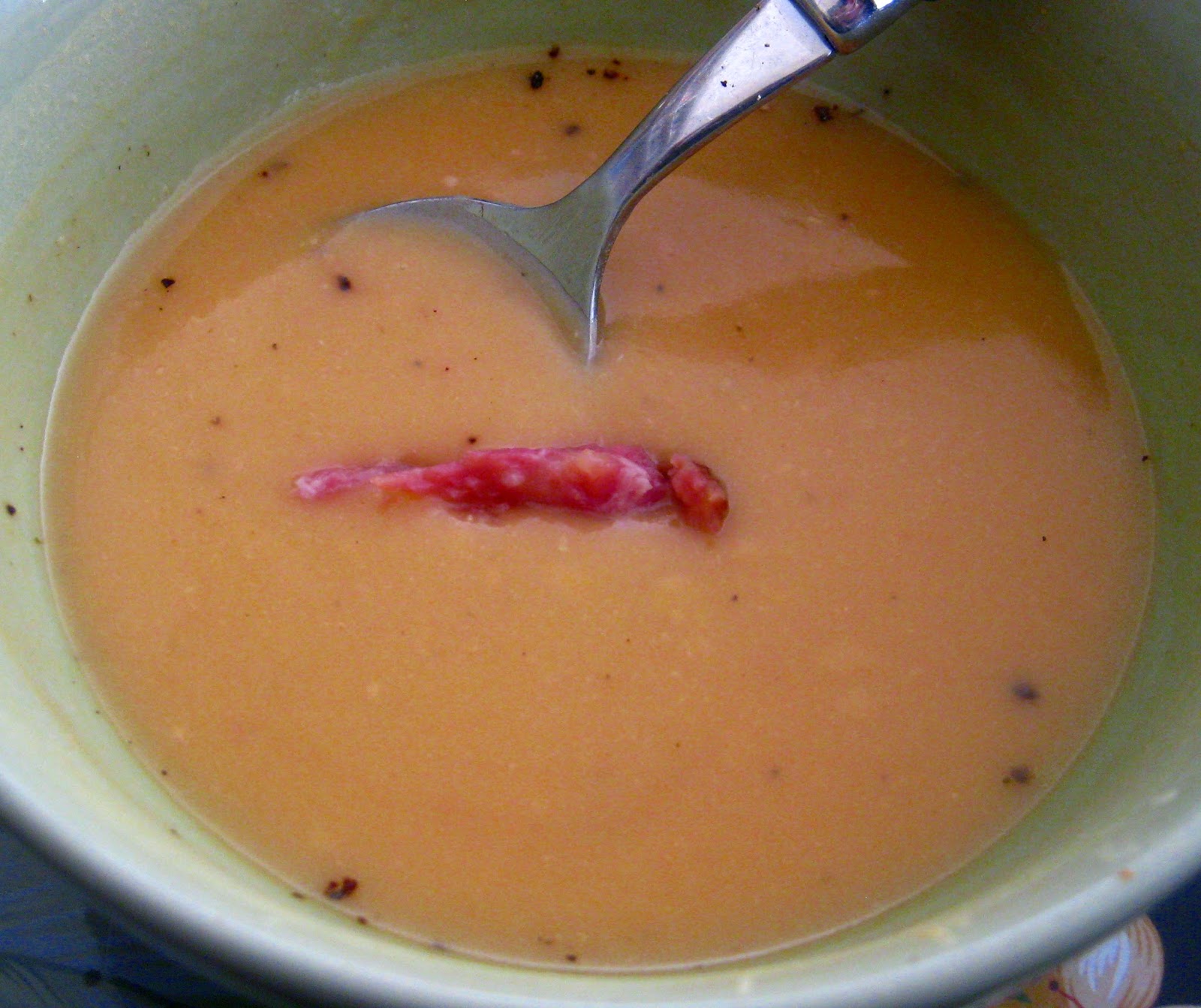 The soup will be beautifully thick and smooth, and Digby Law says to serve it piping hot garnished with mint and with lots of brown bread toast. When it cools, it gets so thick you can almost eat it in chunks (so you'll need to add more water when you reheat it). Left thick, it's a very ancient staple called pease porridge, as in the old children's clapping rhyme (first recorded in 1760):

You could very well eat it cold and still enjoy it very much, but I'm not at all sure about nine days old. One day I'll leave a bit out that long and see what happens to it.

By the way - the print edition of my food memoir has arrived at Unity Books in Wellington, so it should be in other shops now or very soon.
Posted by AnneE at 10:46 PM No comments: