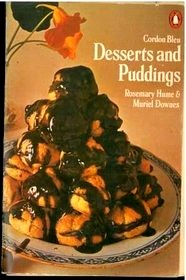 For lunch with friends on Saturday, I wanted a light dessert to follow the antipasti, beef and cheese. I can't remember when I first made apricot suedoise, but it must have been close to twenty years ago. I found it in my ancient paperback of Cordon Bleu Desserts and Puddings, by Rosemary Hume and Muriel Downes, published in 1975 [not 1875 as I mistakenly typed when I posted this!]. It's an invaluable source of classic recipes, and you can still buy the Penguin paperback online.

What I like about this recipe, apart from being able to make it a day in advance, is that the ingredients are so simple - basically just apricots, plus sugar, gelatine and a little lemon juice. I used big firm Otago apricots - they would have been even better if they'd been just a little riper, but because you cook them, it doesn't really matter. The only variation from the original recipe is that I leave out the almonds that are meant to go in the poached fruit halves - they look pretty, but I don't think their hard little intrusion is a good idea. I've also translated the measurements into metric.


Apricot Suedoise (there should be an acute accent over the e, but that's hard to do on my computer)
~ Halve and remove stones from 1 kg fresh apricots.
~ Make a sugar syrup by boiling 350ml water with 170g sugar and a strip of lemon peel in a medium saucepan. Remove the peel.
~ Cook the fruit in two batches. Choose the eight best halves and place them rounded side down, cut side up in the syrup. Bring it slowly back to a very gentle boil and cook until tender, but still retaining their shape.
~ Lift these halves out carefully with a slotted spoon and place them (I prefer rounded side down, but it's up to you) evenly round the bottom of a metal ring tin. 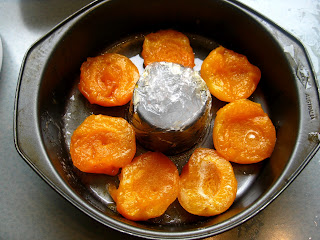 ~ Cook the rest of the fruit until very tender. Cool a little and reduce fruit and syrup to a puree in either a food processor or a blender.
~ Extract the juice from 1/2 a large lemon or a whole small lemon. Put it in a small metal bowl and make it up to 5 tablespoons with water. Soak 2 tablespoons of powdered gelatine in this mixture. Hold the bowl over simmering water and stir to dissolve the gelatine. Stir it thoroughly into the puree (I just whizz it all up again briefly). 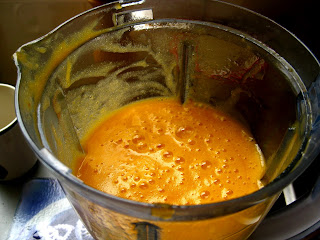 ~ Pour the puree into a glass jug (if you've used a processor) and leave it to cool. When it looks as if it's starting to set, pour it carefully over the apricot halves to almost fill the ring tin. (I tried putting clingwrap round the centre bit first, so it would come out more easily - it sort of worked.) 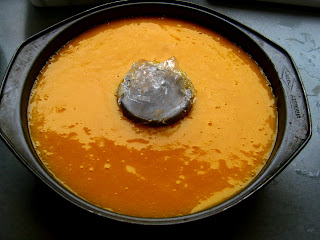 ~Cover with clingwrap and leave to set in the fridge. (You could probably get away with making this in the early morning, but it's easier to do it the day, or night, before.)
~ Take it out of the fridge about an hour before you want to serve it. Just before serving, twirl the tin carefully in a sink of hot water, then put a big plate over it and upend it. With a bit of tapping on the base, it should come out cleanly. 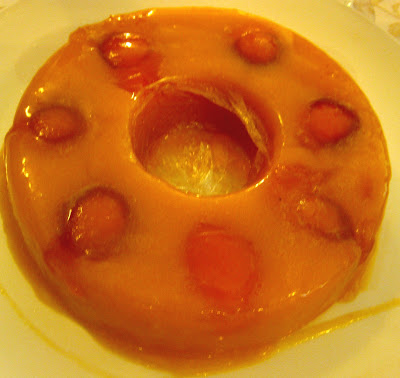 If you like, you can fill the space in the middle with something - cream, yoghurt, chopped fresh apricots (maybe soaked in brandy and sugar for a bit), strawberries, even flowers. Or not.  (Mine is filled with the bit of clingwrap, which I forgot to take out before I took the photo.) The main point is the incredibly intense apricot flavour of the suedoise, which I think is perfect all by itself. 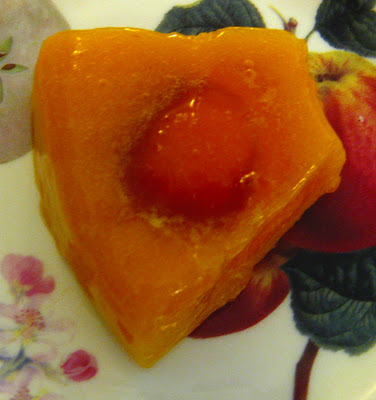