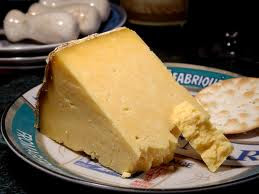 This is about a story, but as it's a story about cheese (among other things), I thought it would be okay to post it here. Last year I wrote The Three Cheeses for the Goethe Institute competition for a Grimm Fairy Tale for Aotearoa. It didn't win one of the three prizes, but the judge, Kate de Goldi, commended five other stories and mine was one of them.
Yesterday it was my turn to be posted online on the Institute's fairy tale blog. To read it, go to The Three Cheeses. You can rate the story by going to the end and clicking on the last star for the rating you choose (so click on the 3rd star to give it 3/5, the 4th star to give it 4/5, and so on). The 12 best rated stories will be published in book form later this year. I've had lots of emails about it, but my favourite is this one from Lucy,  who writes the great food blog The Kitchen Maid :


"I am sitting at my laptop (which I have switched on in desperation, being unable to sleep) and tears are rolling down my face. This story is just beautiful. It has also given me an uncanny craving for cheese." 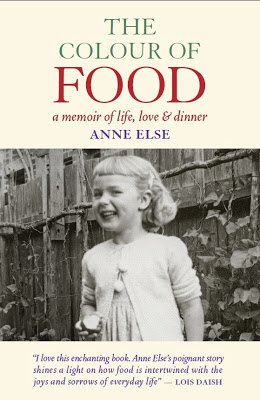 This week I went hunting for a half-remembered recipe - the magic self-saucing pudding. You mix it all up together and while it bakes, the cakey part rises to the top, leaving gooey sauce underneath. My own favourite version of this is the lemon one, best known as lemon delicious. But this time it had to be chocolate for my houseguest, who thinks that if dessert's not chocolate, it's not really dessert. I found exactly what I wanted on page 74 of Alexa Johnston's collection of old-fashioned desserts, What's for Pudding? Just one grumble: why oh why do designers think it's a good idea to put the list of ingredients - and in this case the page numbers as well - in pale coloured type that's really hard to read?

- Preheat oven to 180C. Butter a fairly shallow ovenproof dish that holds about 4 cups (1 litre).
(In fact the dish I used was a bit too shallow - a deeper one, about 8 cm, would let more sauce collect under the cakey top.)
- In a large bowl, sift together the flour, baking powder, cocoa and salt. Mix through the sugar.
- Melt the butter in a glass jug in the microwave or in a small saucepan. Stir in the milk and vanilla essence.
- Pour onto the dry ingredients, with the beaten egg, and mix until smooth.
- Stir in the walnuts or chocolate.

- Spread the batter evenly in the ovenproof dish. Sift the cocoa evenly over the top, followed by the brown sugar.
- Pour the hot water carefully over, completely covering the mixture. (The best way to do this is to hold a tablespoon or larger serving spoon over the mixture and pour the hot water slowly and gently into the spoon, moving the spoon around over the mixture, so that the water spreads evenly over it all without displacing it.)
- Bake for about 1 hour until the topping is firm to the touch and the pudding smells cooked. 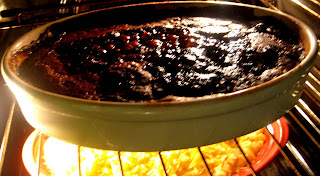 The magic at work - that's a macaroni cheese underneath. 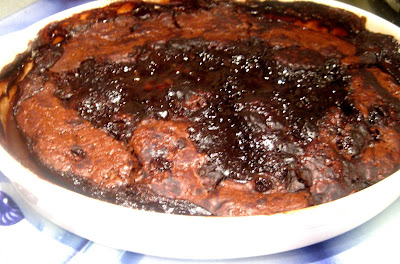 As you can see, mine didn't look wonderful, as some of what should have been the sauce stayed stubbornly in the middle of the top (that too-shallow dish was the problem, I think). But there was absolutely nothing wrong with the taste. Alexa says "Serve with cream", but we ate ours with ice-cream - I love the contrast of hot and cold. My guest was ecstatic. With a bit of supervision, children could make this for Mother's Day tomorrow...

I've been buying bags of big fat dirt-covered Agria potatoes lately. Apparently potatoes keep better when they're still covered in dirt (and they tend to be cheaper than nicely washed ones). Usually I peel Agrias, but every so often I want to bake them with their skins on. Last year I bought a handy little book called Splendid Spuds, and in it was a recipe I've been wanting to try for a while, for Hasselback Potatoes. Named after the venerable Stockholm restaurant, Hasselbacken, that first served them in the 1940s, they're a traditional favourite in the USA. They look and taste wonderful, but they're very simple to make. Here's the Huffington Post raving about them recently:

"What emerges is a bit of a cooking miracle - LOTS of crispy edges, soft interior, toppings in every bite. Our only concern is that we haven't made more of these in our lifetime."

Hasselback potatoes (adapted from Splendid Spuds)
This serves four people with 1 potato per person - if you want more potatoes, just use more butter, and they might also take a little longer to cook..

Set oven to 230C (or 220C fan forced).
Cut each potato in even 5cm slashes, almost through to the bottom but not quite.
(The Huffington Post has an excellent tip: line up the handle of a long wooden spoon alongside each potato as you cut, so that the knife won't go right through. It helps to use a longer knife rather than a short vege knife.)
Pat tops of potatoes dry with paper towel and arrange them cut side up in an oiled metal baking dish.
Spread potatoes with half of the butter and sprinkle with salt and pepper. Bake for 15 minutes, then spread with remaining butter and bake for another 15-20 minutes. 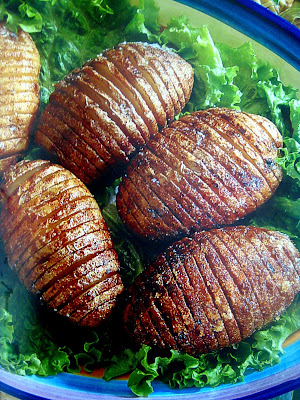 We gobbled ours up before I remembered to take a photo, and anyway by then it was night time and my dinner photos rarely come out well.
But for once mine looked exactly like the picture in the book.