When I wrote to my new-mother niece Jenny in Melbourne a while ago, saying I wished there was something I could do to be helpful, she replied saying there was: could I please send her some easy one-dish recipes for dinner.  So I did, and they were exactly what she wanted.
Recently I stayed with my best-private-cook-I-know friend Rosemary in Auckland, and she gave me another great recipe that I'll be passing on to Jenny. It came originally from Dish magazine, and as she pointed out, it's really more of a method for a good way to use firm-fleshed fish, such as trevally (araara). You can usually get it quite a bit cheaper than, say, terakihi - it was only $19.95 at the wonderful Wellington Seamarket in Cuba Street, and 500g served three of us the first night and two the second - the gently reheated leftovers were remarkably good.
This recipe is my version, loosely based on the Dish one.  It's all rather approximate and very flexible. The key ingredients are the fish, potatoes, peppers and olives, but otherwise you can use what you have, such as sliced courgettes, quartered tomatoes, crushed tinned tomatoes instead of miso stock, or capers instead of artichoke hearts. 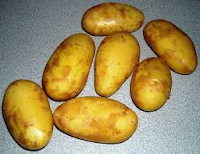 (Agria are good but nice little oval Annabelle, pictured, are even better, because they cut neatly into small round slices. I peeled mine, but you could leave on the smooth scrubbed skins of fresh Annabelle potatoes if you prefer.)

A selection of Mediterranean vegetables, sliced fairly thin, to strew over the top
(I used a large onion, a red pepper, and a small aubergine - I sprinkled the aubergine with salt and left it while I did the rest, then rinsed it off.)
Half a tin of artichoke hearts, cut into halves or thirds lengthwise
(Artichokes are very good with firm, well-flavoured fish, and for this dish the tinned ones work much better than the little ones in jars)
About 100g black olives
1 sachet of miso soup made into stock with 3/4 of a cup boiling water
1 medium glass (about 125ml) dry white wine
Salt and pepper to taste
To serve:
Lemon quarters
Crusty bread

Heat oven to 200C.
Dribble olive oil over base of roasting tin.
Arrange overlapping potato slices to form a more-or-less double layer covering the base.
Pour over the stock. Put tin into oven and turn heat down to 180C.
Cook for approximately 30 minutes, until potatoes are semi-cooked.
Meanwhile, microwave the slices of onion, pepper and aubergine separately for a few minutes on high (the time depends on your microwave) just enough to soften them before they go in the oven.
Take out roasting tin and strew the onion, pepper and aubergine slices evenly over the top. Return to oven for 15 minutes.
Take out tin and add sliced artichoke hearts and olives. Return to oven for 15 minutes.
Take out tin and add cubes of fish. Heat the white wine to reduce it a little, then pour over the fish and vegetables. Season to taste with salt and pepper.
Return to oven for no more than 10 minutes - just enough to cook the fish through but not dry it out. Check seasoning.
Serve with lemon quarters and crusty bread to mop up the juices. 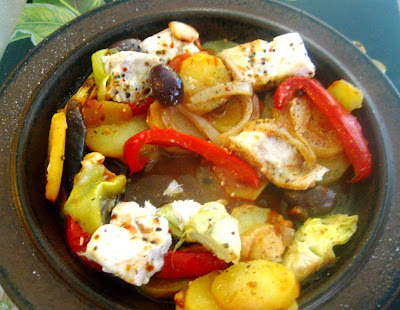 Have you eaten all the ham yet? Probably you have, but in case you've still got a chunk sitting around, I thought it could be timely to call up a lovely recipe for ham and cheese risotto, or to give it the proper name, Risotto Antico Sabaudo. It's in Claudia Roden's The Food of Italy, and now that we have ham instead of a roast, I make it every year after the big event. Roden calls for only75 grams of ham, but I must admit I like to use about twice that much.

I first posted about it in January 2011, three weeks after Harvey died.  I noted then that in the last two weeks,  "I've eaten dinner on my own nine times....haven't done much shopping and I've been inclined to eat pasta and rice." I'm recalling it here partly because five years have passed since then, as we recalled when we toasted him and all our other "absent friends" on Christmas Day this year. I served the same risotto again this week for a post-Christmas dinner with friends. 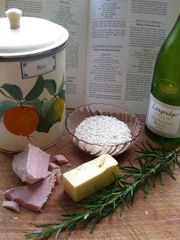 After all the festive food, ordinary breakfast can seem a bit of a let-down. With two house guests, my son and my New York friend, I thought we should have something a bit more exciting - not, of course, on Boxing Day, when I try not to set pan to stove at all but just point people to the fridge, with its cache of leftovers, but the next day, falling neatly on a Sunday this year.
Ages ago I picked up a really good lemon pancake recipe in Moore Wilson, so I made that. It's sad I never made it for Harvey - but he was a real stickler for tradition when it came to pancakes (large with lemon and sugar only),  so he might not have liked it. 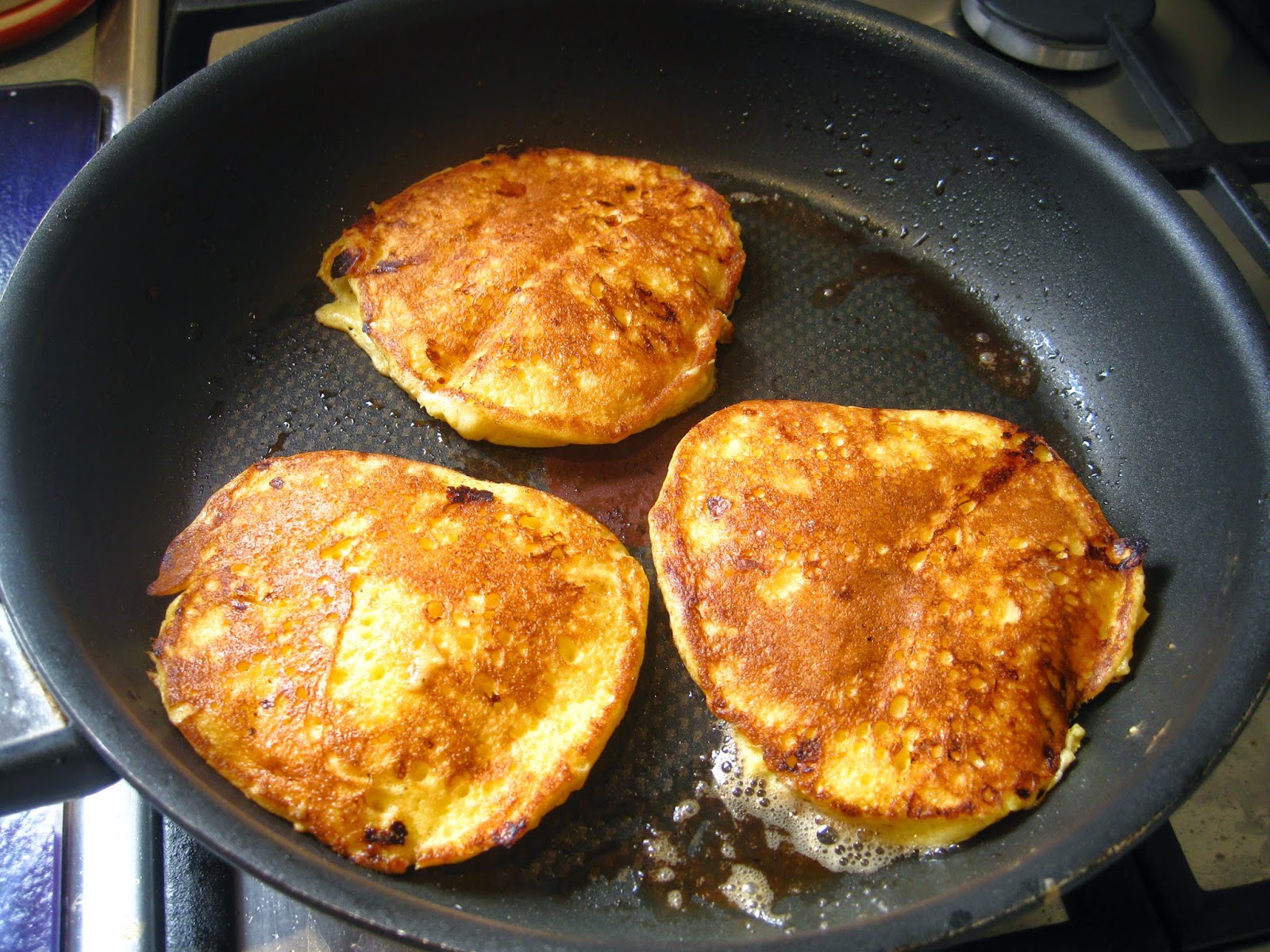 This time we had them with poached strawberries, grapes and blueberries, and of course whipped cream. 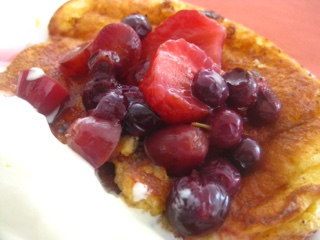