By Grand Central Station I sat down and - ate oyster stew

I spent a good part of the morning touring Grand Central Station with a lovely guide who sounded exactly like Garrison Keillor (of Lake Wobegon fame). In the 1970s the owners wanted to pull it down. It took 10 years to fight them through the courts, but the city won and it's now a restored marvel. 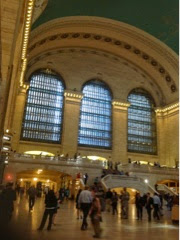 After the tour there was only one thing to be done - I had to go to the Oyster Bar for lunch. I knew it was what Harvey would have done, only he would have had the raw oysters, whereas I got the oyster stew - really a creamy soup with a modest number of oysters in it, but perfectly delicious, especially with a slightly oily, fragrant glass of Californian sauvignon blanc. Harvey would have been proud of me. 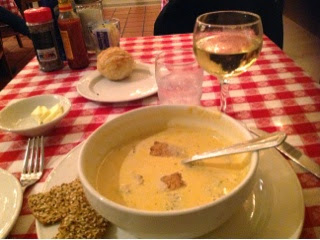