I know it's now too late to make the traditional Russian treat of pashka for this Easter - I'll have to put up a reminder for next year.  But I have visitors, so while I managed to make it in time for us to eat it on Easter Sunday, writing it up earlier didn't happen.
It's the most fabulously rich, decadent dessert, so you need only very small portions. I was indulging in nostalgia making it, because it was Harvey's Easter specialty. He found it in a rather odd recipe book put out by the Consumer's Institute of New Zealand in 1983 (he was on their board at the time). The Complete-Menu Dinner Party Book consists of three course menus, often with alternatives, from Britain's Good Food Guide restaurants, with comments "to help antipodean cooks".
We used only a few recipes from it, but they were all good ones. The recipe for pashka was part of an Easter Feast menu from the Royal Exchange Theatre Restaurant in Manchester. I've given quantities to serve 6 people, but it's so rich that you may well find it goes further. In any case, it pays not to eat it all up at first serving, because leftover pashka is absolutely scrumptious for the next couple of days - but keep it in the fridge.

Pashka
180 g full-fat cream cheese
90 g unsalted butter, softened but not melted
30 g sultanas (I used half sultanas and half dried cranberries)
20 ml vodka (I didn't have any, so I used gin - not very Russian, but it worked)
20g crushed, blanched almonds (I prefer walnuts or pecans)
1/2 tsp vanilla essence or vanilla paste
35 g caster sugar

* Soak the sultanas/cranberries in the vodka/gin for an hour. Find an earthenware plant pot with a hole in the bottom, or use a small colander, or put some holes in a plastic container. Line your chosen container with butter muslin, leaving enough draped over the sides to fold over on top later. (I used an old fine net food cover minus its ribs - it worked perfectly).

* In a food processor, combine the cream cheese, butter, soaked sultanas/cranberries, nuts, vanilla and first measure of caster sugar. Pulse to mix thoroughly.  Leave it in the processor.

* For the custard, in a small bowl, beat the egg yolk and sugar together until thick and pale. In a small saucepan, bring 30 ml of the cream to the boil over moderate heat. Pour it onto the egg and sugar, whisking constantly. Put the mixture back in the saucepan and bring almost to boiling point, stirring all the time. When the sauce begins to thicken adn small bubbles appear around the edge, remove it from the heat. Allow the custard to cool, but not set, then blend it into the cream cheese mixture in the processor. Add the remaining 15 ml of cream and combine.

* Spoon the mixture into the container, fold the overhanging muslin or net over the top, and put a heavy weight onto it. Stand teh container in a curved dish to catch any drainage. Leave it all in teh fridge for at least 24 hours. (I didn't actually get any draininge, the net sopped up the small amount of whey.)

* Unwrap the pashka and turn it into a serving dish - it should be fairly firm. The traditional shape is a pyramid, but a rounded shape is fine too. Decorate with glace fruit. Serve in small portions. Refrigerate any leftovers in a covered dish.

I didn't actually decorate mine, I forgot to get the glace fruit, but I rather like how the pashka tastes without it - it's less sweet. Using cranberries gives it a beautiful pale pink colour. 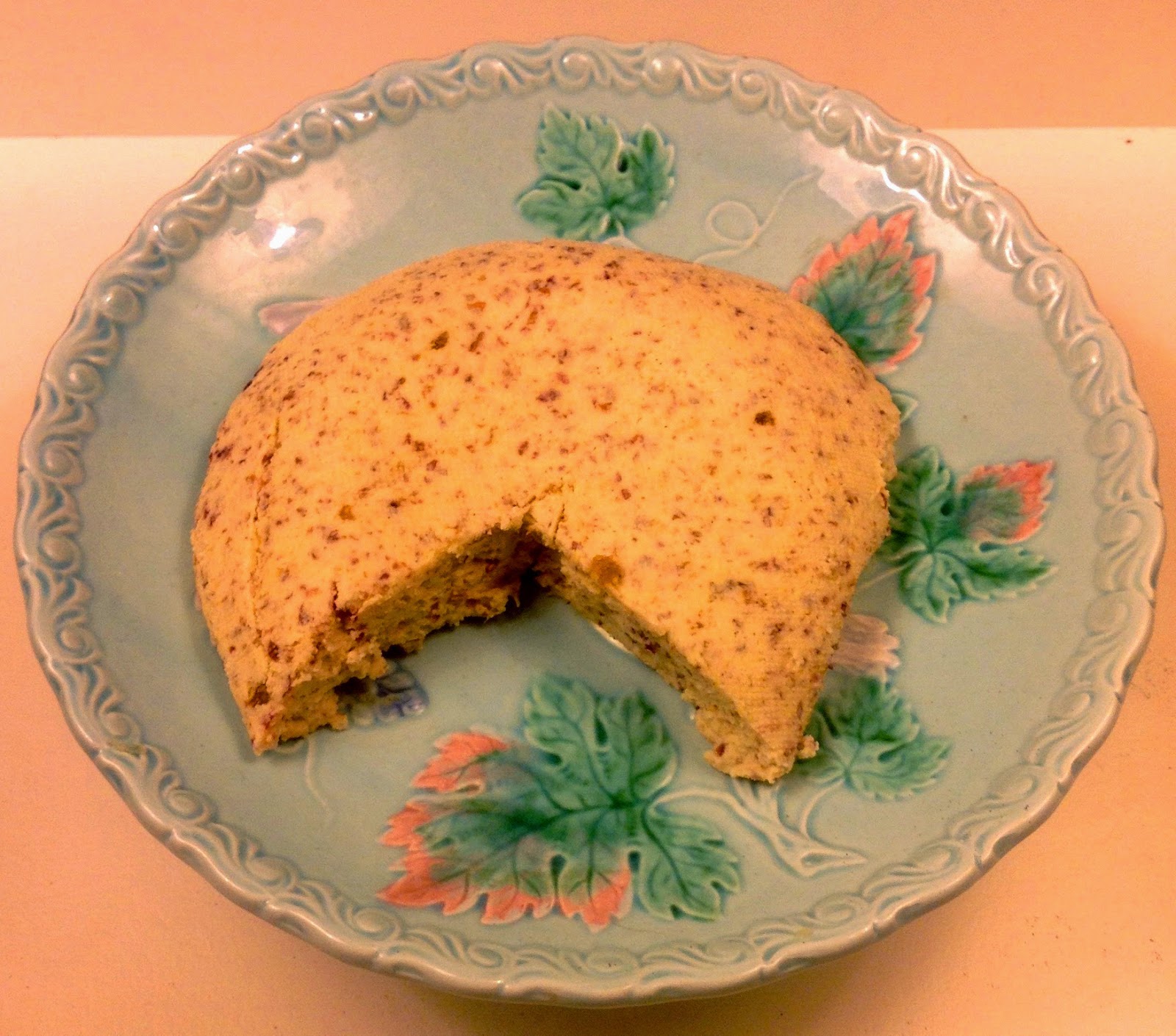